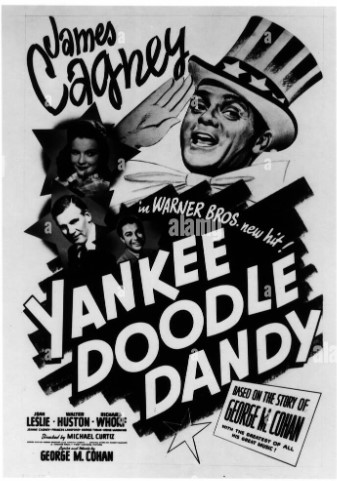 The film was written by Robert Buckner and Edmund Joseph, and directed by Michael Curtiz. According to the special edition DVD, significant and uncredited improvements were made to the script by the twin brothers Julius J. Epstein and Philip G. Epstein. The film was a major hit for Warner Brothers, and was nominated for eight Academy Awards, including Best Picture, winning three.

In 1993, Yankee Doodle Dandy was selected for preservation in the United States National Film Registry by the Library of Congress as being “culturally, historically, or aesthetically significant”, and in 1998, the film was included on the American Film Institute‘s 100 Years…100 Movies list, a compilation of the 100 greatest films in American cinema.

Please check the Soper Reese Covid Policy prior to coming to the theater.