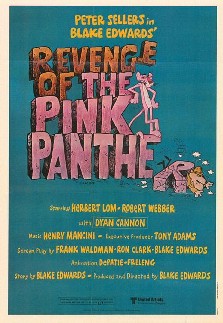 Revenge of the Pink Panther is a 1978 comedy film. It is the sixth film in The Pink Panther comedy film series. Released in 1978, it is the final on-set performance of Inspector Jacques Clouseau by Peter Sellers, who died in 1980. It was also the last instalment in the series that was distributed solely by United Artists.